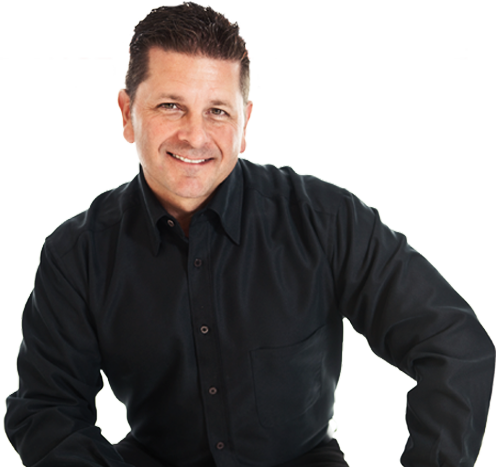 In my 25+ years of experience in Windsor-Essex Real Estate
About
I have found that negotiating is a skill that takes years to truly develop. Let me put my expertise to work for you to give you the best possible outcome the next time you’re buying or selling a home in Windsor and Essex County. I will work to make sure you get the right information and advice at every step of the process so you can make an informed decision about your next real estate transaction. 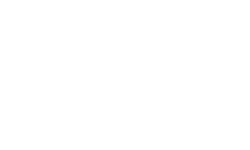 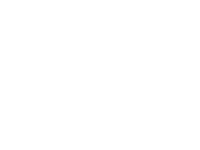 Ask Me About My Passion for Real Estate & Heritage Homes
For certain buyers, there is nothing like the charm and unique style of a historic property, and Windsor-Essex is home to some outstanding heritage homes for sale. I am truly interested in the homes in our region, and have gathered a large group of facts and stories about houses throughout Windsor-Essex. Let me put my passion for heritage homes as well as for the other great properties for sale in Windsor-Essex to work for you.
Learn More 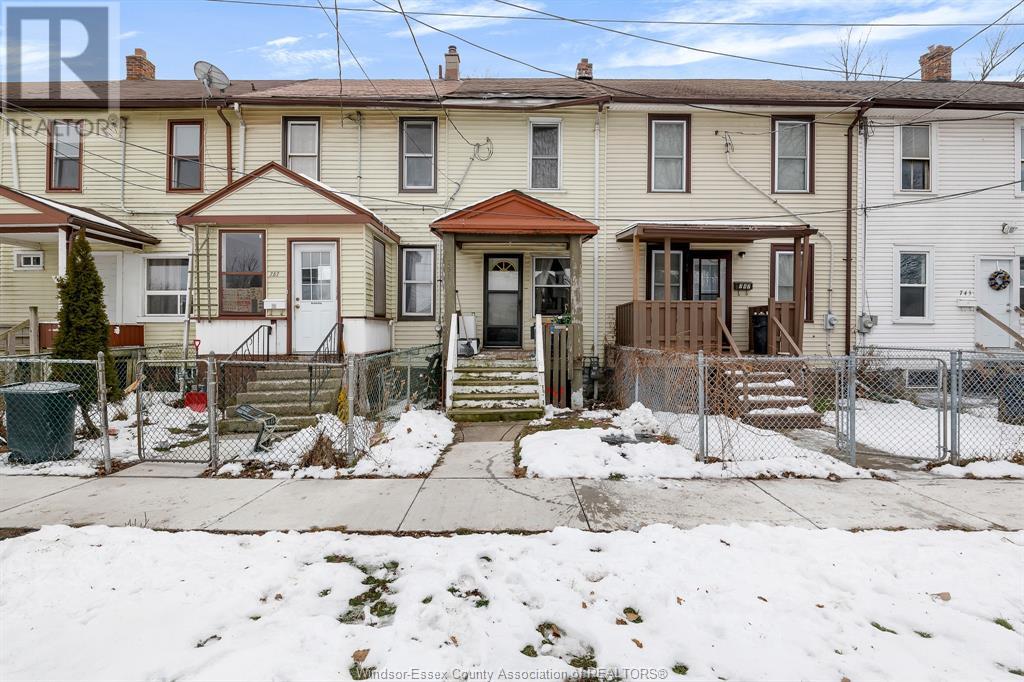 $140,000.00 NEW LISTING
751 St. Antoine Street
Windsor On
Beds: 1 | Baths: 1 | House
View This New Listing Listing
BROWSE WINDSOR
BROWSE TECUMSEH
BROWSE LAKESHORE
BROWSE ESSEX
BROWSE ALL LISTINGS
"I truly value the relationships I have with these clients. You’re in their life for a good period of time. Many of them are best friends today, which is what keeps me coming to work after all these years. "
-Rob Gruich
Testimonials
“

Rob. I would just like to say a big thanks to you for putting out the effort towards the purchase of this house. The steps you took to get this deal together, fabulous. I’m very happy this deal was finalized, and I can’t wait to see the photo of when this house is complete. No buyer's remorse here.

I want to say thank you once again for the "Royal" treatment you gave me during my recent house hunting trip in Windsor. I basically had only two days in December 2011 to find a home for my wife and myself to occupy by mid February of 2012. At the end of the second day I had found the one I wanted to purchase and ended up buying that property with lots of help and support from you. You also made sure that I paid what the home was worth and not more. So my two day house hunting trip was a tremendous success thanks to you and your devoted work ethic! And my wife Janice absolutely loves the house so thanks to you I am still married!

At a time in my life when I was feeling vulnerable and at loose ends, I had to go house hunting. Due to my marriage break-up, concerns about finances, and other associated stressors, I was feeling under a lot of pressure to make things happen - and quickly. I had a limited budget and sadly believed this would limit my ability to find an acceptable type of accommodation. Before I contacted you I had done some research in newspapers and on the internet, and had driven around the city on evenings and weekends, trying to find a neighbourhood that I liked and could afford. I was frustrated and at times feeling a bit frantic. Once I had contact with you, the pressure was off. I felt much more at ease. I was comfortable with you and appreciated the personal interest you took in finding the right home for me. I never felt rushed. Quite the contrary. I never felt that you were trying to make a sale. It was all about you helping me to find what I wanted and could afford, and cautioning me when there things you weren’t comfortable with. Even although I was shopping in a modest price range, I felt I was getting the same level of expertise, time and respect that you would give if I had been buying a house in the range of $500,000. You were exceptional! I can’t say enough good about your high level of professionalism. I found you to be an honest and caring real estate professional who put my needs ahead of your own in the pursuit of finding me the right home. As I sit contentedly in my comfy little brick house in Riverside planning my spring garden, I am appreciating even more the kindnesses (too numerous to mention) you showed to me. The highly respected reputation you hold in the Windsor real estate community has been well earned and greatly deserved. You are worthy of any and all success that comes to you.

Rob Gurich Relator is ONE OF A KIND! His experience and reputation in the industry proceeds him. Rob was confident and professional in the selling of our home. He took the lead in executing a plan on how to sell our home from start to finish all in 5 days within hitting the market and well over the asking price!

Rob is THE best realtor we have ever dealt with! His wealth of knowledge along with his constructive criticism and his unending kindness has sold us on him! I would scream from the rooftops to get everyone to use him if I could!

My husband Michael and I have been in the market for a new home for the better part of a year and to be honest we didn’t really know where to start when it came to selling our existing house and purchasing a new one. Since we stated looking for a new home, we met and worked with several realtors, however, none of them came close to demonstrating the level of professionalism and integrity that was demonstrated by Robert Gruich. We were introduced to Robert by my sister who recently purchased a condo, and used Robert as her agent. After hearing her testimonial of how he took his time to understand her housing needs, and worked relentlessly to fulfill them; my husband and I quickly realized that what our housing search was missing, was Robert Gruich. Upon meeting with Robert he was quick to realize that both my husband and I are terribly busy between the random hours of shift work and raising our two year old daughter. Robert understood our time restraints and our desire to relocated and worked far beyond the call of duty to ensure that a successful real estate transaction occurred. When we listed our home in March, Robert held an open house where he followed up with prospective clients and agents to find a suitable buyer for our home. Robert also set up numerous showings of our home and consistently provided us with constructive feedback upon completion. When we received offers, Robert was here typically within an hour to present. Through the sale of our home, my husband and I both felt as though we were in good hands and could fully trust the advice and guidance provided by Robert. After the sale of our home, my husband and I were anxious to say the least to find our new home. Through this process Robert proved to be a saint by fielding my numerous calls and emails filled with panic and doubt. Robert reassured me time after time that everything would work out and we would find the perfect home. We had 4 month closing on our home, during which Robert met with us on short notice (countless times) at all hours of the day and night. Robert, knowing what my husband and I were looking for would research prospective properties prior to visiting them to ensure that they were aligned with our expectations. We are so grateful of Robert for doing this for us; as this saved us from spending numerous hours away from our daughter unnecessarily. When we would view a home with Robert, his integrity and industry knowledge was always something that we highly valued. Despite the fact, that Robert had shown us countless homes over countless months, he remained patient and enthusiastic through the entire process. When we would enter a home that was not necessarily for us, instead of trying to make the sale, Robert would show us why a home would not be suitable; stopping short of nothing. In fact, one of the first homes we seen with Robert, he ran out to his car to obtain a moisture meter, flashlight and tape measure to demonstrate a home’s true condition. As our four months, quickly dissipated, true panic set in for both my husband and I. As time drew closer, we felt as though we were doomed to rent and had several discussions with Robert to this effect. Robert had suggested that we tour the neighborhoods we would like to live in and write down addresses of the homes we thought would suit our needs. Needless to say, my husband and I were a bit skeptical of the process and highly doubted it would result in home ownership. However, at this stage of the game, we both agreed we had nothing to lose and trusted in Robert and his unconventional methods. We sent Robert a list of 50 houses we liked and he sent each one a letter advising that he had a client who expressed interest in their home. Out of the 50 we received 1 reply, and unfortunately, it was not the house for us. We had 6 weeks left until the closing of our current home, when Robert; as persuasive as he is, convinced my husband and I to send him an additional list of houses we liked that were not on the market. After some resistance we complied. Within a week we were contacted by Robert to let us know that there were 3 people who received the letter who were interested in selling. Luckily for us the first house we visited that day was the house for us. We submitted an offer 20 minutes after seeing the home and the offer was accepted 3 hours thereafter. With one month to spare, Robert kept his promise to us: we had nothing to worry about and something would come up. It was Robert’s proven integrity, industry knowledge and professionalism that laid the ground work for us to trust in his strategic plans and unconventional methods which in turn lead us to our new home. Working with Robert for the last 6 months has been the most positive experience one could ask for while using the services of a realtor. Robert is truly a credit to the industry and potentially one of the most patient people to walk this planet! Working with Robert has almost been a bit of a “bitter sweet” scenario; yes we found the home we were looking for, but my husband and I will both miss working with him.

”
Blog
Read my latest news and articles about real estate in Windsor and Essex County.